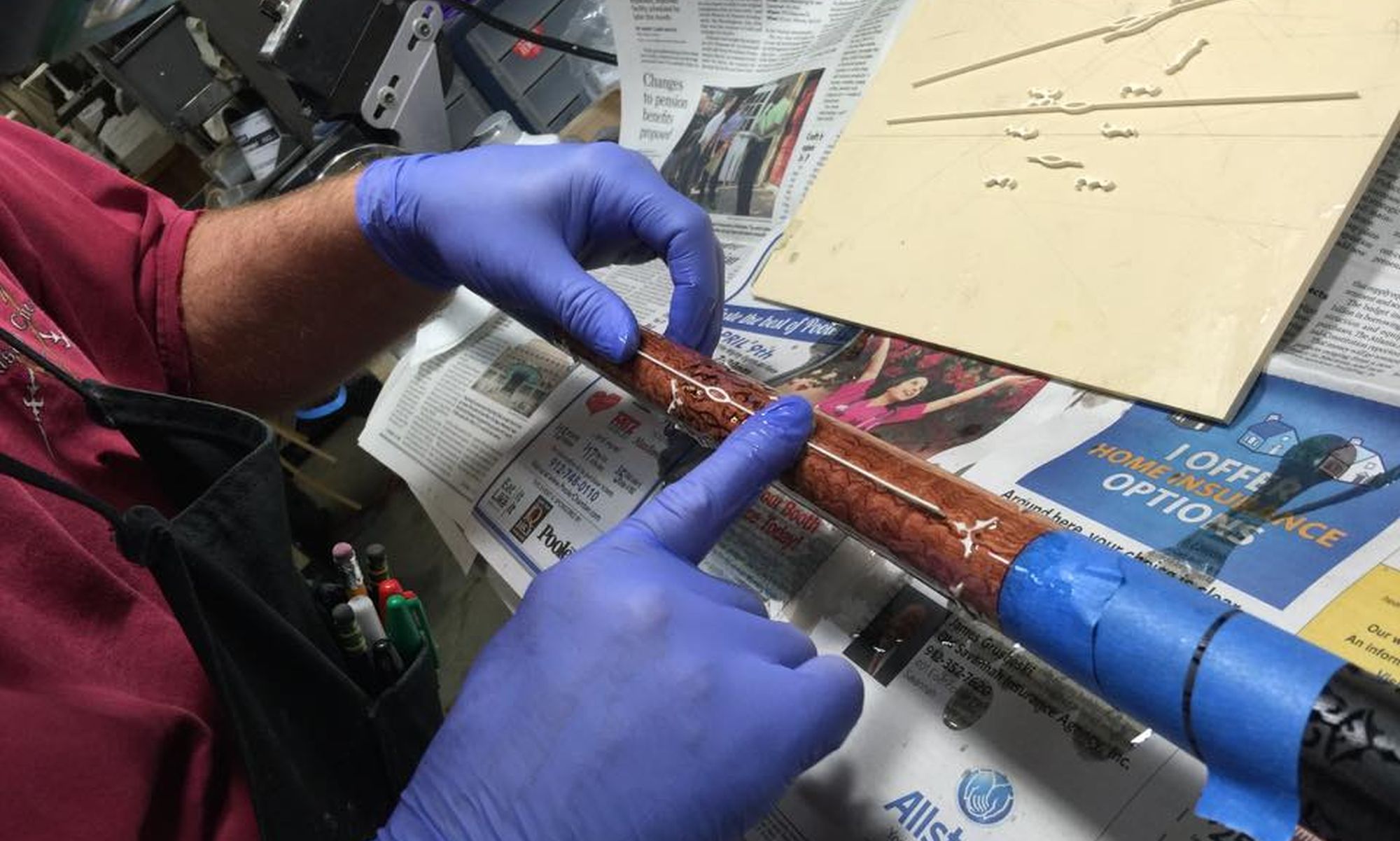 As a young boy, Keith began his woodworking journey helping out in his father’s woodworking shop in Savannah. His father started as a machinist and evolved into a custom homes builder, earning the reputation for being a perfectionist at his craft. Having been surrounded by his father’s “perfectionist attitude” led to none other than Keith becoming a perfectionist as well. After a hard days work, Keith, his father, and four brothers would often play pool at a local billiard room. That is where Keith developed his passion for the game. Keith shares this deep enjoyment with his wife Sherri, an essential partner in the business since its inception. Growing up in Tampa, Florida, Sherri regulary battled her father Tom and her brother John on the family room’s eight-footer.
Keith and Sherri began dating in 1983 and enjoyed playing pool and entering local tournaments for many years. When Keith’s cue needed the ferrule and tip replaced, he went to the local pool hall’s repair shop. He was very disappointed with the job they did. It was nowhere near the quality of work that he was accustomed to doing in his father’s custom woodworking business. This brought Keith to the decision to start his own repair cue service to match the standard of work to which he had been raised. Keith and Sherri also formed their own team “Josey’s Cue Repair” competing in weekly league play in the Savannah area. It wasn’t long before fellow league players were asking Keith to repair their cues, so with the help of his father-in-law, he bought the necessary equipment to start. It was during this time that Keith discovered he really loved working on cues and his creativity began to form in the making of his first cue only a couple of years later. Many of the local players became so impressed with the quality of his first cue that they insisted he build a custom cue for them. Josey Custom Cues was created in 1992 and since this time he has continued making custom cues one at a time, by hand, in his one-man shop. Keith is the only person who builds each cue from start to finish.
Keith’s cues are hand-signed “Josey” followed by the year for easy identification. However, in the very early years, the year built was not always added. Keith makes every component except for the tips, bumpers, joint pins and weight bolts. Inlays were done on a small pantograph, until 1999 when he purchased his first CNC machine. This CNC machine has allowed Keith to create more elaborate point and inlay designs. He is no longer limited to simple straight point cues. He likes to use exotic hard woods as the base wood as well as a variety of materials such as Mother of Pearl, Malachite & Turquoise stone, white and black Juma and contrasting exotic hard woods for the points and inlays. Keith’s capped ferrules used to be made from cut up phenolic resin cue balls until he was able to purchase the same phenolic material in rod form. He liked phenolic resin because of the hit, and because chalk stains wiped away easily. Sometime in 1999, he changed to linen phenolic (or melamine) instead because it provides a phenomenal hit as well as durability. In, 2000, Keith switched from a 5/16-14 piloted stainless steel joint to his current flat faced phenolic radial pin joint which threads into the shafts with precision. The ferrules, collars, and butt caps all thread on for more secure construction. Keith’s cues have a forward balance with a solid stiff hit which allows for less deflection. His shafts are turned many times over a six-month period and dips them in a wood stabilizer. Keith’s attention to detail in the finishing and wraping process are second to none and add that final touch to a real piece of functional artwork. Playability is the most important aspect of Josey cues. Taken as a whole, each cue represents the excellence of form and function that is the hallmark of Josey Custom Cues.
In 1996, Keith established his first dealer relationship with Jun Shimizu who quickly spread Josey Custom Cues all over Japan. Since then, his cues have been very popular in other asian countries as well because of the website launch in 1998. Keith is also close to several military bases in Georgia, and Josey Cues have become popular with local servicemen. They have taken cues with them on different tours, generating orders for Josey Cues from around the world.
Keith currently specializes in floating point custom cues with a “medieval motif” as well as traditional straight point custom designs. Josey Custom Cues are made to customers specifications and Keith is able to offer unlimited cue designs because of Mr. Tim Lilek of Indiana, who has been the CNC machine code writer and intricate point designer for Keith since early 1999. Keith and Sherri’s son Daniel also works in the shop when time permits in between his college studies. Sherri handles all the business transactions and customer relations for Josey Custom Cues so Keith has the freedom to work at his art without distraction.
If you would like to order a Josey Custom Cue, or have a Josey cue that needs maintenance / repair, please contact Sherri via phone or email. Josey cues are guaranteed against construction defects that are not the result of warpage or abuse.